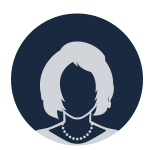 “Highly recommend Safe Electricity membership. The program has great media to use in a variety of ways. The member resources are high quality and well thought out. This program enables us to easily promote safety with great resources that are readily available by simply logging onto their website. Thank you, Safe Electricity, for all the wonderful content. ”
-Lisa Jacobsen, Perennial Public Power District, NE

Seventeen-year-old Mary Gehrig was driving home from a friend’s house on a stormy June night. Around 25 minutes into her 30-minute drive, Gehrig turned onto the county road that would take her home. Although there was near-zero visibility due to the storm that turned much more severe than originally forecast, she noticed two white lines off into the distance. As she got closer, she realized that those lines were across the road, in her path, and that they were anything but small.

Gehrig slammed on the brakes and her car struck the object, which happened to be one of two high-voltage transmission power lines lying in the road.

Learn what happened to Mary Gehrig on a stormy night in June when her car struck a downed transmission line.