Teach teens what to do around downed power lines

Springfield, Ill. — It is back-to-school time and that means shopping for school supplies or dorm room décor and the sound of cicadas beckoning us back into our pre-summer routine.

As you prepare the students you know to return to school or a college campus, take a moment to share the story of Mary Gehrig, a teenager who was driving home from a friend’s house on a stormy June night. Although some cars had pulled over to wait out the storm, Gehrig was close to home, and she thought she could make it.

Around 25 minutes into her 30-minute drive, Gehrig turned onto the county road that would take her home. Although there was near-zero visibility due to the storm, which turned much more severe than originally forecast, she noticed two white lines in the distance. As she got closer, she realized that those lines were across the road, in her path, and they were anything but small.

“I realized I was not going to (be able to) drive over it,” Gehrig recalls. She slammed on the brakes and her car struck the object, which happened to be one of two high-voltage transmission power lines lying in the road. The massive cable stopped Mary’s car in its tracks. The car’s electrical system was damaged, and she was stuck there alone during the storm.

The next thing Gehrig did was pick up her phone and call her parents. When her dad heard that there was a downed power line involved, he told her to stay in the car and call 9-1-1.

Fire chief Rich Schock, who was on the scene that night, said, “Those are large transmission lines with a lot of volts in them,” adding that the outcome could have been fatal had Mary gotten out. “Mary did everything right,” he said.

When there is an accident involving downed power lines, a padmount transformer or other related utility equipment, Safe Electricity offers these safety tips:

Exiting a vehicle or equipment is the last resort and should only be attempted if the car is on fire or giving off smoke. If this is the case, exit the vehicle by crossing your arms and jumping from the vehicle without touching it. Then, hop with both feet together as far as you can.

To watch Mary’s story or to learn more, go to SafeElectricity.org. 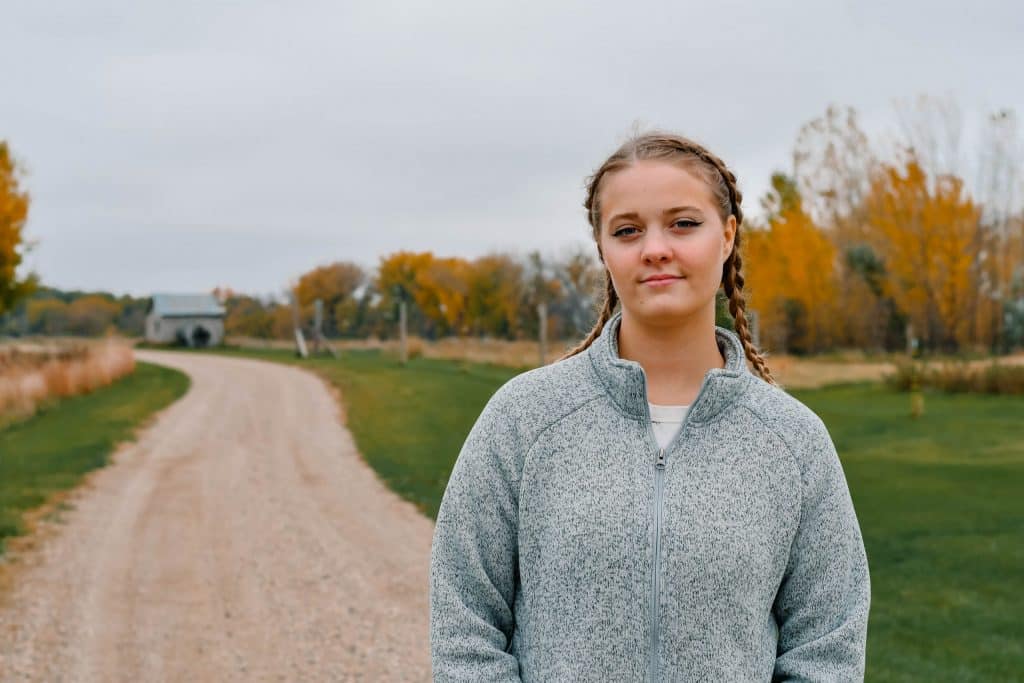