Paying the Price of Power Theft 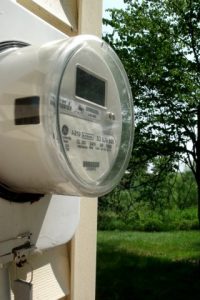 It’s often an “invisible” crime. Someone illegally hooks into a power supply, hooks up a line that has been disconnected, or tampers with a meter to avoid recording electricity usage. Legitimate electricity consumers do not engage in these behaviors, so the impact of electricity theft —
including the danger— is often unrecognized.

Power theft carries deadly risks. Many thieves pay for the power they steal with their lives. Electricity theft is not just dangerous for those who steal. If you are on the same power line as someone who steals electricity, you could pay the cost for their theft too. The power line could become overloaded with electric energy, which could harm your electronics and appliances designed to receive a certain steady amount of electricity. Electricity theft makes power service less reliable and lower quality for paying customers.

Electricity thieves may also unknowingly feed energy back into the power line. This is dangerous for lineman, who may assume the power line they are working on is de-energized.

Safe Electricity reminds that everyone can help prevent and reduce power theft:

Everyone is affected by power theft, and detecting and reporting illegal activity will help reduce the price we all pay.